Did you hear that Anghami is here?

Since its launch in 2011, Anghami, a native Middle Eastern music streaming service,  has gained more and more space and respectability in the MENA region and apparently is not scared of the recent arrival of mainstream platforms such Spotify or Deezer.

Its co-founders Elie Habib and Eddy Maroun, have mainly focused their strategy in educating their consumers relatively new to the streaming services, especially in countries where music piracy, rather then just a ilegal habit, was  the only alternative to P2P and downloading music.

“The biggest thing that we contributed to the region and to everybody that came afterwards [was] education,” says Habib. “We taught people what streaming is.” and this is the secret behind their success. Thanks to their vision, today Anghami (which means ‘my tunes’ in Arabic) is hiking the peak among Middle Eastern and North African main streamers. 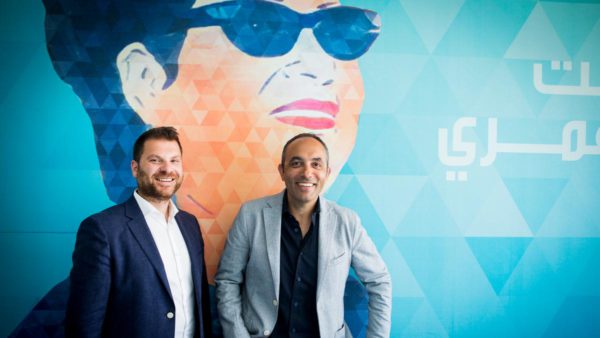 A cultural analysis and deeper understanding on the end-users background also, is one of the reason’s why, the arrival of european platforms such us Deezer (January 2019) or Spotify (February 2019)  in the MENA region doesn’t impress them so much. Habib and Maroun are not scared of their arrival nor their expantion. Middle-eastern and North-African countries are very eclectic with infinite business and development possibilities.

“WHAT WE LEARNED FROM SPOTIFY AT THE TIME IS ACTUALLY WHAT MAKES US SUCCESSFUL TODAY – IT’S TO MAKE SURE THAT WE DON’T ADOPT SPOTIFY’S BUSINESS MODEL, BECAUSE IT WILL NOT SCALE IN THE MIDDLE EAST.”

Anghami services is very much focused on sharing music via mobile through apps like WhatsApp from/to other end-users.The app also adapts to low quality mobile networks which plague the MENA region; Anghami streams music even on 2G mobiles.

Another advantage is that the service also is focusing on the integration with videos. With over 300.000 music video catalog, the video is linked to the song, and tapping a button the user can easily switch between a song and a video, making music a 360º experience.

During a recent interview the founders of the Lebanon based company’s declared:

“You probably have to compare [Anghami] to JioSaavn rather than comparing it to Spotify. But a significant number over 1 million are paying for Anghami. In terms of plays, Anghami crossed 1 billion plays per month over the past six months (end of 2018) […]. I read an article by someone saying the [Middle East] region is underdeveloped and nobody’s paying. It’s not underdeveloped: we’ve crossed 60 million downloads across on the IOS and Android stores – and on the desktop app we have [another] 10 million. So we crossed 70 million a while ago.”

We are happy to announce that starting from now you will be able to distribute your music through Anghami thanks to SonoSuite.

7 steps to start and grow your record label: Release your artists’ music worldwide