How can record labels and music distributors reach Generation Z?

For about ten years, the music industry focused on the Millennials as their target group. They were the generation that had the most purchasing power. But now, the time has come to focus on Generation Z.

People who are grown up with social media and streaming services like Spotify to discover music.

How can record labels and music aggregators create the best engagement for the music of their clients among Generation Z?

What is Generation Z?

Generation Z refers to people born between 1995 and 2009. Called ‘digital natives’, they haven’t known a time when the internet was not part of daily life. It’s the generation of kids of Millennials (or Generation Y, born 1980-2000).

According to a research report from Spotify on Gen Z, 66% of them use more than one internet device at a time, 75% strongly prefer their smartphone over other devices and the average Gen Z’er spends ten and a half hours online daily.

If there are 24 hours in a day, and you use 8 of them for sleep.. That means more than half of the day! They spend 23 hours a week online watching video content, and prefer short form content on TikTok or YouTube. Feeling the pressure to be perfect on Instagram, Gen Z are looking for other ways to connect online, leading to younger audiences on networks like TikTok and Snapchat.

Generation Z sees most advertising through social media. Since they’re online so much and get loads of content and ads thrown at them during the day, they quickly scan if something is relevant to them or not. That goes for videos and music as well.

It’s important to stand out to get their attention and to make it specific (put more effort in showing it’s relevant for your target group). And be quick about it. Advertising is not just about informing users anymore, but rather entertaining them, too.

How does Generation Z listen to music?

They mostly stream their music from their smartphones or laptops, which they take everywhere. They can listen to music all day, matching the music with their moods. They love to discover new music to dive deeper and explore their own taste. That’s why getting your artists’ music into playlists is so important on Spotify.

In the Spotify report, 37% of the interviewed Gen Z’ers said that streaming is their main form of discovering new music. 74% of 16-19-year-olds said to prefer streaming single tracks instead of listening to whole albums.

Next to that, they have a growing desire for musical apps to enrich the listening experience. And the market is doing its best to provide. Even at SonoSuite, we’re constantly integrating new music channels and apps within our software.

Use technology trends to connect with Generation Z 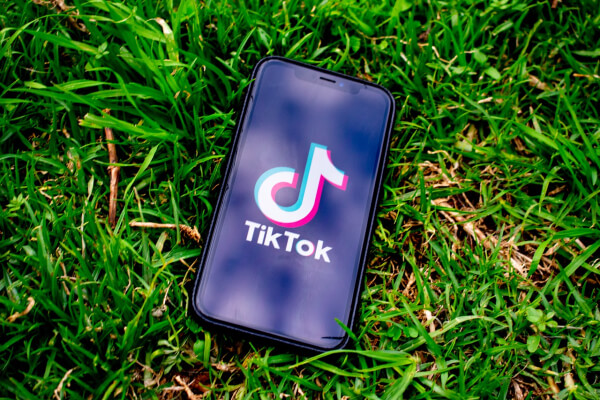 Generation Z loves TikTok. During the pandemic, it’s been a creative way of dealing with boredom in lockdown. We’ve seen lots of songs go viral this year, thanks to user generated content and remixes on TikTok. Especially if you can connect with creative influencers, songs can get popular in a short time.

TikTok is now open for brands to advertise. This gives a great opportunity to share your artists’ catalog on TikTok, while creating catchy videos for the users to pick it up and make their own video with it.

Now that TikTok has partnered with Shopify, brands can include a button for in-app checkout below their feed videos.

According to Fanbytes, thirteen to nineteen-year-olds in the US and UK are using Snapchat the most of all social media apps. Users can add facial filters, visuals, music and narratives of their lives in their videos and pictures.

The filter feature is what Snapchat is most known for. Users also have the option to embed preloaded music in the filters. Snapchat partners up with artists getting their songs played in a creative, fun and engaging way.

Snapchat’s latest feature is called ‘Spotlight’: a dedicated place within its app where users can watch short, entertaining videos in a vertically scrollable, TikTok-like feed.

So Snapchat offers plenty of opportunities for the music business to promote music!

Instagram recently launched their new feature, Reels. It’s very big in America and we suspect it’s even getting more used in the coming months. IG reels are the copycat of TikTok, and it got even more popular when Donald Trump threatened to ban the viral app from China (TikTok by Bytedance!).

This platform stays popular for Gen Z to discover new music, watch interviews and music videos by their favorite artists. Google Play recently shut down its music library and moved all its musical content to YouTube Music. Just because there’s such a variety in content, Gen Z is exploring everything on this platform anyway.

But it’s less ‘portable’ in relation to Spotify or SoundCloud. It takes a lot of data to play and you can’t change the screen. You can’t go from watching a YouTube video to sending someone a message on WhatsApp at the same time, because the video will stop playing.

A new app by Amazon that is gaining popularity very quickly. With this app, users can create their own videoclips for rights-owned music. The musicians get paid whenever their music gets used for the videoclip.

It’s not just a couple of seconds that users can stream, but they can use full-length songs for free, from virtually every label. This allows Gen Z’s to be even more creative than using TikTok.

Of course, it is obvious to get on this train. But there are options not every music aggregator or record label knows about: Spotify Ad Studio (offers free audio ad production, including custom voiceover, allowing creative teams to produce new messages easily and get them live quickly), advertising on Spotify (using targeting on specific interests, like gaming, travel, tv & film and other subgenres) and making use of playlists (based on genre, mood or activity, like working out or studying).

Online video streaming was never this popular. In these times, it offers artists whose tours got canceled the chance to still be able to perform and engage with their fans. According to livestreaming services firm StreamElements, Twitch hit their milestone in November with about 1.4 billion hours watched. Largely due to both individual performers and major concerts that migrated to Twitch.

Since Generation Z loves to interact online and loves online communities, Twitch is the perfect platform.

Want to distribute music to these new technology platforms and apps?

With SonoSuite, music aggregators and artist and label services can distribute their music to a broad variety of the newest and most popular music distribution platforms and social media technologies.

Want to see which platforms and apps connect with SonoSuite? Click here.

7 steps to start and grow your record label: Select your artists and repertoire