The 2020 UK Music Diversity Report released in October last year revealed an absence of women and people of Black, Asian and other ethnic minorities at senior levels across the U.K. music business.

It stated that women occupy 65% of entry-level roles in the U.K. music industry, but only a third of them are in senior management, executive-level roles.

Put that next to the fact that there are 20% more women in intern/apprentice roles than men.

Another U.K. music company, PRS for Music, published a report on the pay gap disclosures in their own company where the wages of men and women in 2019 and 2020 are being compared. PRS states that the gap is mainly due to men being in higher positions than women, instead of women getting paid less than men in the same positions.

In Spain, the first gender study on roles in the Spanish music industry by the MIM Association (Women in the Music Industry) reported lower average salaries for women than the national average, a high percentage of temporary employment, few long career paths and very few reach management or leadership positions for women in more than 90 companies in the Spanish music sector.

And regarding the financial situations: 70% of the surveyed women in the music industry earn less than the average male salary in general in Spain.

In addition, 65% indicate that they have worked in the music industry without any type of contract or remuneration for at least one year; while 35% have been between one and three years working without remuneration or contract within it.

Only 37% of the companies in the industry are led by women. At record labels, only 14% of independent companies have female directors, but the 3 major multinationals – Sony, Universal Music and Warner – are directed by men.

The study from MIM also found overlapping reasons for this position gap: a lot of women in the music industry work full time and don’t consider changing to a position that requires a greater responsibility just because they’re afraid of losing their job or to spend less time with their families. Other factors that influence their choices and chances for a higher position may include maternity, salary, training, starting position, domestic tasks and future expectations (regarding promotions). 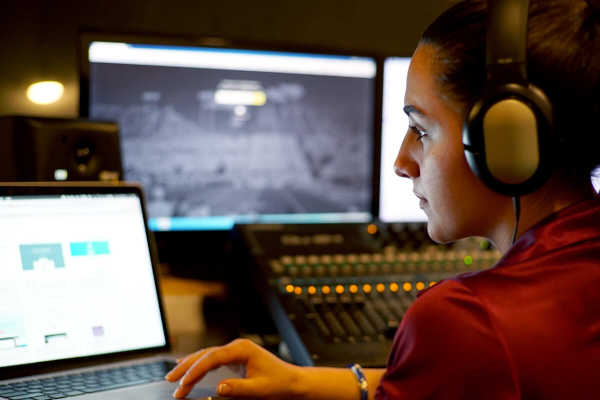 In July 2020, Women in CTRL, organization dedicated to empower women in creative and business roles, released their ‘Seat at the Table’ report on diversity in the 12 key music trade organizations in the U.K.

Black women are also underrepresented in other roles as well: 5 board seats out of a possible 185 are held by black women, and only 2 from 122 positions within teams.

In this blog we’ve shared details about gender gap within the music industry in places like the U.K., Spain and the U.S. Even though there are differences between countries and continents, it’s obvious that the absence of women in leading positions in the music industry is a global occurrence.

So, what’s the plan to change the current gender gap in the music industry?

When looking for a solution, the women in the Spanish music industry surveyed by MIM said that important factors in changing the current situation would be training, transparency of information and networking.

In addition to that, as history always points out, is that we need movements in order to change the current situation. So here’s only a few movements from the many that we found hopeful to help create a better future for women in the music industry:

Artificial Intelligence (AI), this is what the future of the music industry sounds like